Saskatchewan Polytechnic presents THINK: The Future of Work, Technology and Learning 2022. This unique, one-day hybrid conference will help us prepare for the possibilities of our post-pandemic future.

We are excited to invite you to join us for the 3rd annual one-day hybrid event, presented by Saskatchewan Polytechnic.  The featured cutting-edge Keynote Speakers, and exciting roundtable discussions will be greatly thought-provoking, as they relate to our futures in these post-pandemic times.

We look forward to seeing you there!

Be sure to check this page daily for updates on our exciting program and guest speakers!

We are pleased to announce that Steve Cadigan will be the luncheon keynote speaker at this year’s conference. 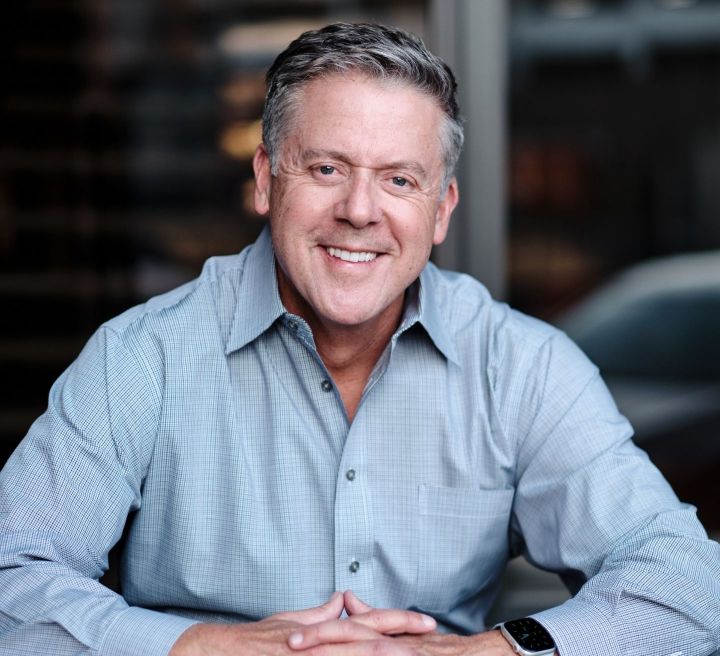 An expert in the future of work, Steve Cadigan is considered a corporate culture guru, bringing winning insights from more than 30 years of HR experience with industry titans like Google, Salesforce, The Royal Bank of Scotland, McKinsey and the BBC, as well as venture capital firms like Andreessen Horowitz and Sequoia. Cadigan’s inspirational keynotes, seminars and workshops at global conferences and major universities have garnered rave reviews. Cadigan is renowned for leading LinkedIn’s first talent push and architecting its world-famous culture. Throughout his 25-year career, he has led teams, cultures, and organizations that have been hailed as “world-class” performers by the Wall Street Journal, Fortune magazine and more. He is also the author of Workquake, a guide to creating a better model of work for the post-COVID future. 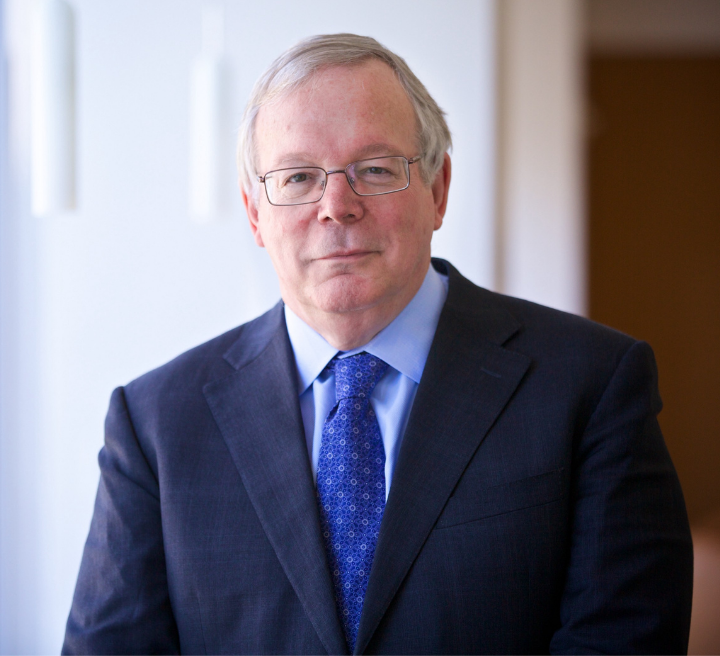 Blair Sheppard, author Ten Years to Midnight. Sheppard’s book, which was published in August 2020, makes the point that the world has 10 years to find and implement the answers to four global crises— the crisis of technology, the crisis of prosperity, the crisis of institutional legitimacy and the crisis of leadership.

Sheppard joined PwC in June 2012 as Global Leader, Strategy and Leadership. In this position he leads the team responsible for articulating PwC’s global strategy, evolving and driving PwC’s culture, and developing the current and next generation of PwC leaders across more than 150 countries. He is also Professor Emeritus and Dean Emeritus of Duke University’s Fuqua School of Business.

A regular speaker at high-calibre international forums including the T20, the Global Solutions Summit and Slush, Sheppard is also an advisory board member for the World Humanitarian Forum. 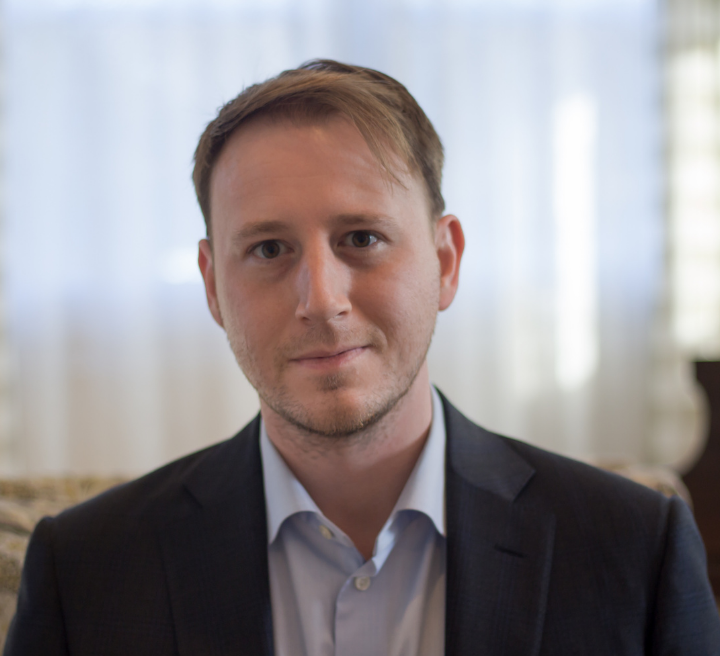 Scott Van Pelt is, along with Arthur Levine, co-author of The Great Upheaval: Higher Education's Past, Present, and Uncertain Future. Over the past ten years, this renowned education strategists has held a variety of roles in higher education in areas such as academic advising, admissions, student life, instructional technology, and curriculum design.

Currently, Scott is an associate director with the Communication Program at the Wharton School of the University of Pennsylvania. In this role, Scott designs and implements the curricula for business communication courses within the MBA core curriculum. He also teaches several courses in the program. Scott is a skilled facilitator, with experience designing and delivering sessions to audiences as varied as Wharton's Non-Profit Board Fellows Program, PhD students in the Fulbright Scholars Program, and certificate students in the Strategic Leadership in Education program at the Penn Graduate School of Education.

Conference Round Table and General Speakers 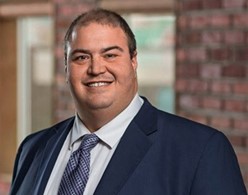 Murad Al-Katib is the President and CEO of AGT Food and Ingredients. A strategic business and financial thinker in international agri-food commodity trading, Murad founded AGT Foods in 2001. He has built the Canadian start-up into a global billion-dollar value-added pulses, staple foods and ingredient company.  Murad has been a passionate advocate of entrepreneurs and has championed youth participation in business start-ups and compassionate entrepreneurism, advocating that SMEs must play a role to drive social change and innovation in the new global economy.

Murad’s awards include the 2017 Saskatchewan Order of Merit and a U of R Honorary Degree. He is the 2017 Oslo Business for Peace Honouree, the EY World Entrepreneur of the Year 2017 and the 2016 UN Association of Canada Global Citizen Laureate. He is on PROFITGuide Magazine’s 30 Most Fabulous Entrepreneurs of the Past 30 Years list, The Globe & Mail’s Canada’s Top 40 Under 40 and The Western Producer’s 44 Innovators Who Shaped Prairie Agriculture list. 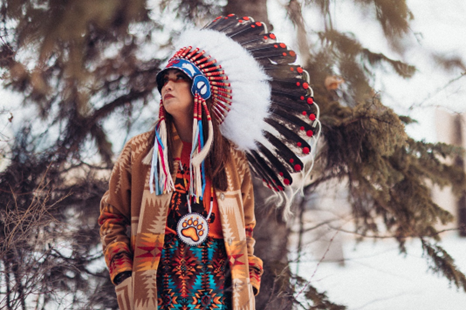 Aly Bear is the third Vice Chief of the Federation of Sovereign Indigenous Nations (FSIN), a proud mother to her two daughters, and is a descendant of Dakota, Anishinaabe, and Nehiyaw heritage from the Whitecap Dakota First Nation.  The FSIN represents and advocates for 74 First Nations in Saskatchewan and is committed to honouring the spirit, intent, promotion, protection, and implementation of Treaty and Inherent Rights.

Prior to becoming Vice Chief Aly was called to the Saskatchewan Bar in 2021 working on a wide range of files.  However, her passion and primary focus as a lawyer has been, and continues to be, revitalizing and implementing traditional Indigenous laws and finding expression for these laws in modern-day Indigenous governance structures.  Aly developed and applied her legal skills while working for two of Canada's most prolific law firms, Gowling WLG Law Firm's Vancouver office, and with McKercher LLP in Saskatoon.

Aly has a strong work ethic, has overcome many challenges, is passionate about her roots, her family, and continues to heal, grow, and learn through connecting to her identity through ceremony. 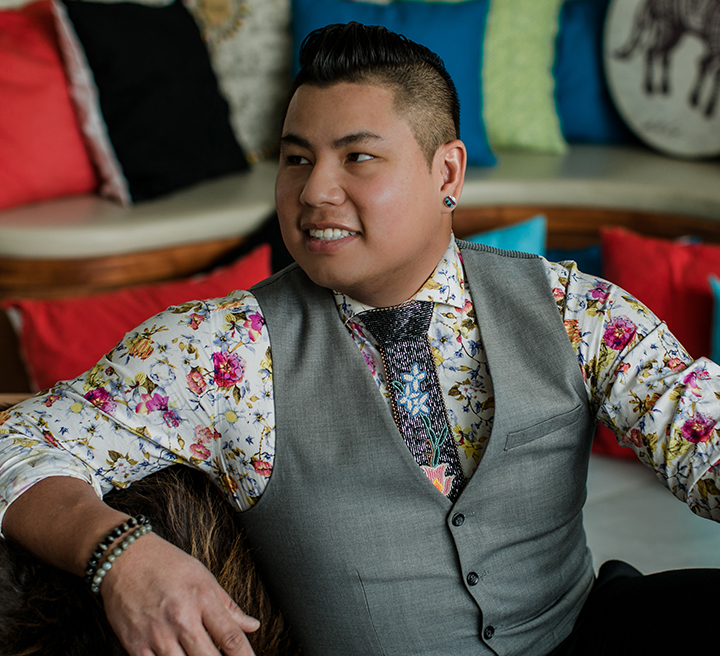 Thomas Benjoe is the President & CEO for FHQ Developments and is from the Muscowpetung First Nation. His background includes Indigenous Business, Governance and Economic Development as well as Commercial Banking.

Thomas is a founding Board of Director’s member for FHQ Developments and was named President & CEO in 2016. FHQ Developments manages Indigenous Investments, Partnerships and Economic Development that creates the greatest economic impact where they do business while utilizing Indigenous knowledge, thought and value systems to create a better economic future for the Nations and Citizens of the File Hill’s Qu’Appelle Tribal Council. FHQ Developments currently manages a portfolio of 12 companies.

Thomas was recently featured from in The Globe and Mail’s Report on Business Magazine as a Top 50 Changemakers in Canada, served as the 2019/20 United Way “Community Champion”, the recipient of the Crowning Achievement Young Alumni Award from the University of Regina (2017), recognized by CBC's "Future 40"(2013), the Red Cross' "Young Humanitarian of the Year"(2009), and a "Top Performer" Convention Winner which recognizes the top 1% of RBC employees (2015).

Thomas was also recognized as a Top 10 Most Influential Economic Developers by Treaty 4 News, a feature that profiles business leaders, job creators and entrepreneurs who have made a valuable contribution to improving the lives of Indigenous people through business and have helped keep Saskatchewan’s economy vibrant and strong. 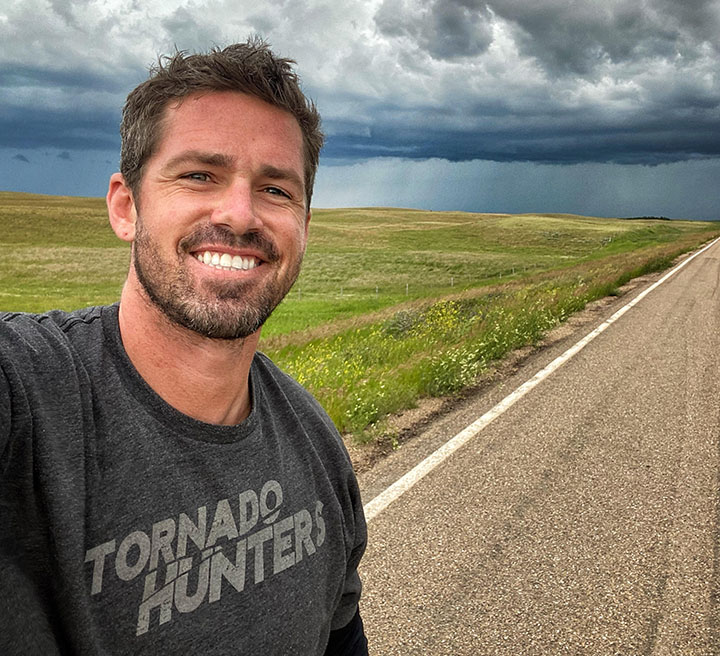 Ricky is the driver for one of North America’s best professional storm chasing teams, and star of the hit show Tornado Hunters. Additionally, he has hosted “Woods’ Canada’s Greatest Explorer” and Much Music’s “Far and Wide.”

After a few stifling years in finance, Ricky – who grew up riding dirt bikes and snowboarding in rural Saskatchewan- ditched the suits in favour of driving directly into some of Earth’s wildest storms. His adventure-oriented show has gained Ricky the prominent position as one of Canada’s most popular social media influencers. His expertise in social media marketing led to the creation of Blue Moose Media – Western Canada’s most successful training company for digital marketing. 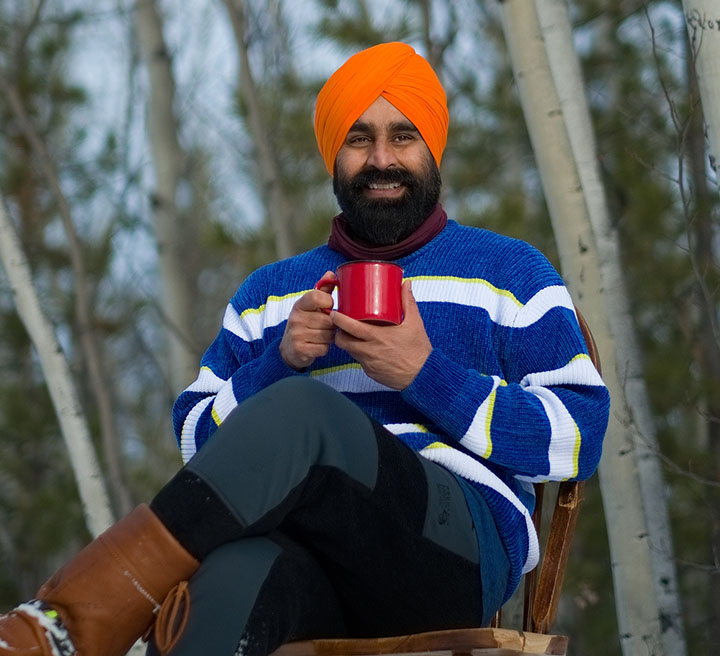 Gurdeep Pandher is a Yukon based, Bhangra dance artist. He lives in a small off-grid cabin in the wilderness near Lake Laberge. He creates dance videos in nature/outdoors and performances that bring people together. He is best known for spreading joy, hope and positivity during the pandemic. Millions of viewers throughout the world have watched his wilderness videos. For more information, please visit Gurdeep.ca. 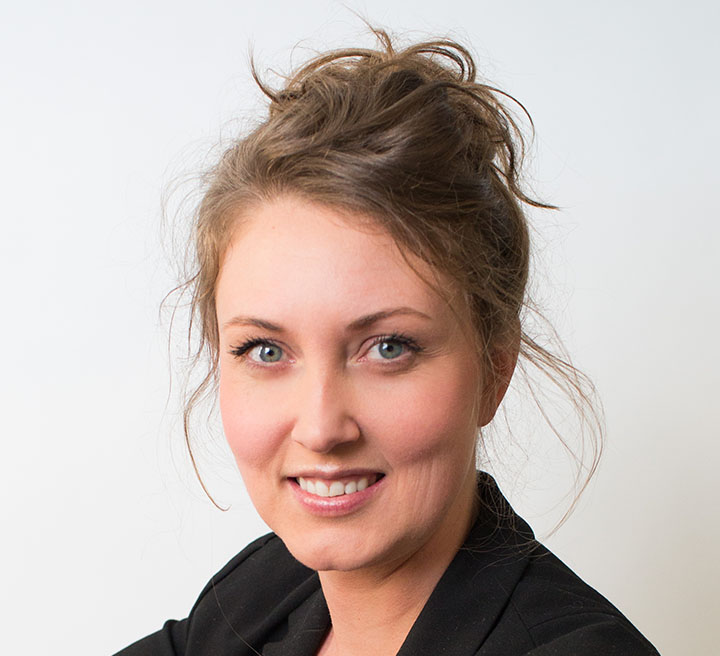 Elysia’s passion for food started as a Red Seal Journeyman Chef, certification completed at Saskatchewan Polytechnic, where she pursued working with many well established chefs to include Celebrity Chef, Susur Lee. She began her journey into consumer-packaged goods in 2011, when her and her sister, Natasha Vandenhurk (CEO) founded Three Farmers. Elysia’s passion for great tasting, nutritionally dense food has been integral to the development of the Three Farmers product lines and her creativity and vision have been the driving force behind each and every product launch. Her ability to connect with customers is an integral piece of Three Farmers success in garnering distribution of their brand across Canada and now internationally in the USA and beyond. As Three Farmers Foods evolves, Elysia’s motivation to understand the consumer and make products that fit their dynamic lifestyles will continue to be a key to success. 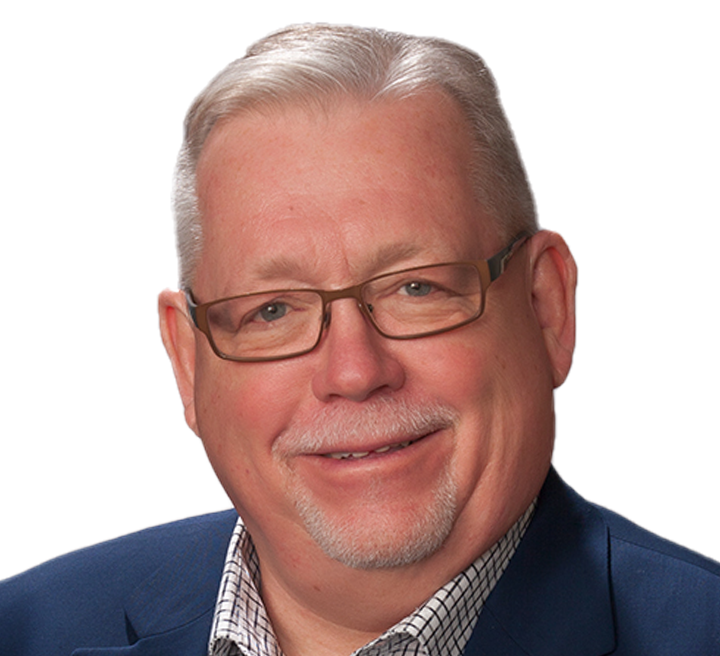 Mr. Steve McLellan is the former CEO of the Saskatchewan Chamber of Commerce. Mr. McLellan has held several senior positions in the Saskatchewan business community including 26 years in tourism and hospitality. He has served on dozens of local, provincial, and national Board of Directors and was elected as Chair on many of them, including his current role as the Chair of the RCMP Heritage Centre in Regina, and as a member of the Red Cross Saskatchewan Executive Cabinet.

Mr. McLellan is a recipient of the several medals including the Senate of Canada medal, Saskatchewan Centennial Medal, and the Queen’s Jubilee Medal. Steve has been named by Sask Business magazine as one of Saskatchewan’s ‘Men of Influence’. In 2020, Mr. Mclellan received his ICD.D from the Institute of Corporate Directors. He is a proud graduate of Saskatchewan Polytechnic and received the Alumni Partnership Award in 2015. In 2017 Steve was honoured to be a recipient of the Tourism Saskatchewan “Builder Award”.  He is active with the Paul J. Hill School of Business ‘Leaders Council’ and finds being engaged with a business school and its students very enjoyable. As a lifelong resident of Saskatchewan, he understands and firmly believes in the potential that exists in the people and businesses within this province. Steve and his wife Heather have two wonderful children, Thomas and Erin.

This not-to-be-missed program includes Keynote Speakers who will address the Future of Work, the Future of Technology, and the Future of Learning, and two riveting Round Table discussions featuring Leaders from across Saskatchewan.

Greetings on behalf of the province & Ministry of Advanced Ed

This will be posted soon. Please check back. 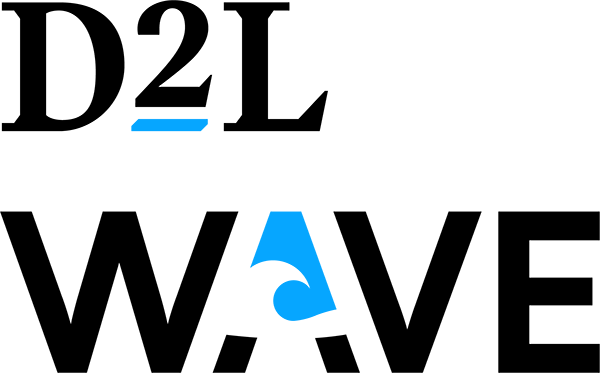 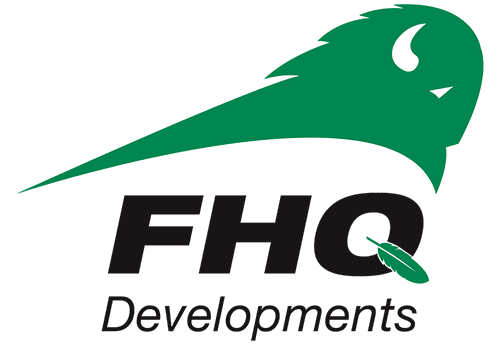 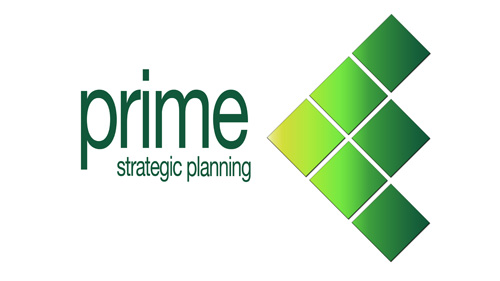 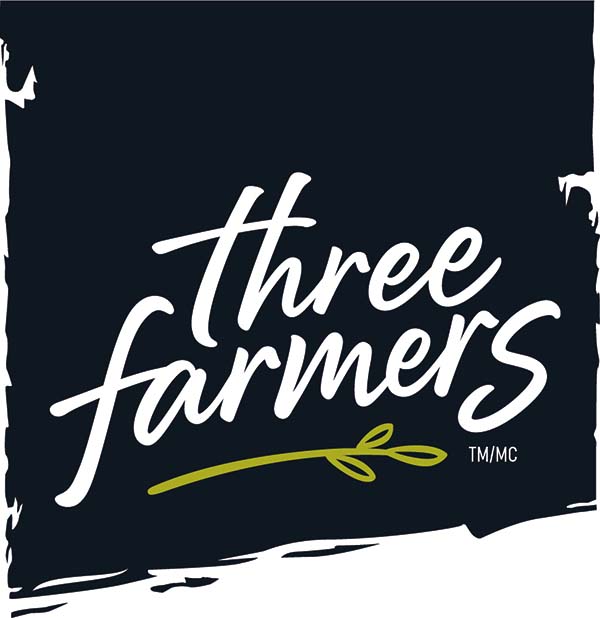